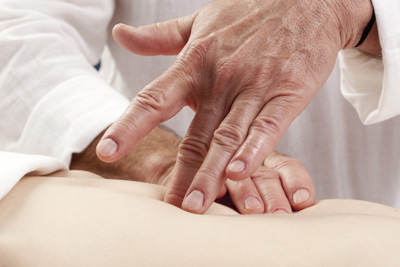 Patients who have seen a urologist or kidney specialist may have heard the term “Interstitial Cystitis” and wondered what it is. The term is used to described a set of symptoms related to the bladder and urinary tract. It is also known as bladder pain syndrome or BPS.

Interstitial Cystitis is a term used to describe bladder pain, urinary frequency, and sometimes bladder distention. The symptoms may occur together or separately. There is no one specific cause for the disorder, although urinary tract infection or enlarged prostate glands may contribute in some instances. For others, bladder stones may be the culprit. In some cases, Interstitial Cystitis symptoms have no known cause.

Patients who experience chronic bladder pain and frequent urination will usually first be tested for a urinary tract infection. A urine culture may reveal an excessive growth of bacteria. In such instances, treatment with antibiotics will usually relieve the symptoms. Patients may be advised to increase fluid intake or increase dietary Vitamin C to prevent frequent urinary tract infections. Interstitial Cystitis can occur at any time in adults and most often occurs between the ages of 30 and 80. It is more common in women, though it does occur in men occasionally. For women, Interstitial Cystitis symptoms may be associated with another inflammatory condition of the uterus known as endometriosis.

In men with discomfort and frequent urination, a thorough examination of the prostate, including blood tests and possibly a biopsy, are the types of diagnostic tests that may be ordered. Medications to reduce the enlarged prostate may be effective if prostate cancer is not present.

If no obvious causes are seen on examination, patients may undergo a procedure known as a cystoscopy under general anesthesia. A scope with a long thin tube and a camera lens may take pictures of the bladder wall to determine if inflammation is present or if stones may be interfering with normal urination. Sometimes a procedure that fills the bladder with saline will be used to determine if weak bladder muscles or some other structural defect is present.

There are many forms of Interstitial Cystitis treatment. An instillation of a liquid drug known as DMSO is left in the bladder for 15 minutes then removed. The medication is FDA approved and is believed to act as an anti-inflammatory agent. For patients with milder conditions, simple exercises and bladder training may be the first types of Interstitial Cystitis treatment suggested. Dietary changes and eliminating alcohol and tobacco are also helpful.

When other standard treatments are not effective, a prescription medication known as Elmiron may work. The medication generally takes several months to fully allev iate frequency and pain. An alternative that does not involve medications is the use of electrical nerve stimulation with a device called a TENS unit. The TENS contains wires connected to electrical pads attached to the body. For Interstitial Cystitis, they are placed either just above the pubic area or on the lower back. The nerve stimulation is thought to help block pain receptors and may also relax irritated bladder muscles.