What is the Prostate – Dr. Joseph L. Camps, Jr.

The prostate is a small, spongy gland that sits under the bladder, in front of the rectum and behind the pubic bone. It is roughly the size of a chestnut, weighs about 1 ounce (30 grams), and is an essential part of the male reproductive system. The prostate surrounds the urethra, the tube which transports semen during ejaculation and carries urine away from the bladder. The urethra is a narrow tube running through the middle of the prostate gland and covers the full length of the penis, acting as the hose for draining the bladder. The prostate produces a fluid which combines with fluids from other glands and sperm cells from the testicles to make up semen. Muscles of the gland also ensure semen is pressed out into the urethra and forcefully expelled during ejaculation.

Regions of the prostate

The prostate gland is divided into three main zones (regions). The tissue immediately surrounding the urethra is called the transition zone. It is the innermost area of the gland and the smallest in size (just 10 percent of the gland). The transition region is where benign (non-cancerous) growth of the prostate occurs in old age, resulting in a condition called benign prostatic hyperplasia (BPH). The growth of the transition tissue also can put pressure on the urethra and bladder, leading to difficulties urinating. The second region, the central zone, surrounds the transition zone and is the area where ducts of the prostate such as seminal vesicles and seminal duct are found. It is 25 percent of the entire mass of the prostate. The third region, the peripheral zone, is the outermost and largest part of the prostate (over 65 percent). The peripheral zone is the site where malignant (cancerous) growth mostly occurs in the prostate.

What does the prostate do?

The prostate produces a fluid called prostatic fluid, which is a core component of semen. Prostatic fluid makes up 15-30 percent of the total volume of semen and contains zinc, citric acid and enzymes, which are important for the function and viability of sperm cells and hence crucial for a man’s fertility. For example, the protein called prostate-specific antigen (PSA) found in prostatic fluid makes semen thinner while the hormone-like substance called spermine ensures motility of sperm cells. Secondly, the prostate gland plays a crucial role in ejaculation. During ejaculation, the prostate gland and the sphincter muscles of the bladder close the urethra and prevent sperm from entering the bladder. Prostate muscles also contract to propel sperm through the urethra during ejaculation.

There are three common diseases of the prostate: prostatitis, benign prostatic hyperplasia (BPH) and prostate cancer.

Also called benign prostatic hyperplasia (BPH), an enlarged prostate occurs when overgrowth of prostate tissue compresses the urethra and presses the walls of the bladder resulting in difficulties urinating or weak urine streams. More than 50 percent of men in their 60s suffer from BPH while almost 90 percent of men in their 70s or 80s have BPH. Prostate enlargement is a normal part of aging. When men are in their 40s, the prostate is only a small, walnut-sized gland. But in their 60s, the prostate might be double that size and around the size of a lemon. An enlarged prostate may not cause any problems until you are 50 or older, but when symptoms occur they include straining to start a urine stream, failure of the bladder to empty completely, frequent urge to pass urine especially at night, and having to stop and start urine flow several times. It is important to see a urologist for help with these symptoms.

Another common problem associated with the prostate is prostatitis, an inflammation or infection of the prostate. While symptoms of prostatitis may be similar to those of BPH, the two conditions are not the same. Prostatitis can affect men of all ages, from early teens into old age and is defined by symptoms such as chills, fever, sexual problems and trouble passing urine. It is treated using antibiotics.

Prostate cancer is the second most frequent cancer in American men after skin cancer and is the second most deadly cancer in men after lung cancer. The risk of having prostate cancer increases with age, with most men diagnosed with the cancer being over the age of 50. The risk also increases if you have a brother or father with the cancer or a male relative who has suffered from it before the age of 60. African American men are at a higher risk of prostate cancer than white men, while men who consume diets high in red meat and saturated animal fats are at greater risk than men who regularly eat fruits, vegetables and diets low in animal fat.

Prostate cancer tends not to show any symptoms until it is at an advanced stage. Typically, the majority of prostate cancer cases are slow growing and may never be diagnosed because of lack of symptoms or problems. In fact, many men in their 70s have prostate cancer but have no symptoms. But in some rare instances, the cancer may grow rapidly and spread to other parts of the body. The symptoms of prostate cancer include the need to urinate frequently especially at night, straining to urinate, taking too long when urinating, difficulty starting a urine stream and pain when urinating or when having sex.

The good news with prostate cancer is that reliable tests such as the PSA blood test and Digital rectal exam (DRE) can help detect the cancer early. When treated at an early stage, prostate cancer responds well and patients have higher chances of survival. If you experience any of the symptoms, talk to your urologist or GP. For more information on preventing, diagnosing and treating diseases of the prostate, visit the site, Advanced Urology Institute. 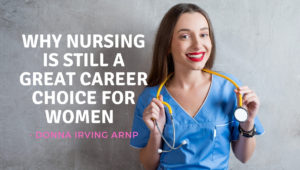 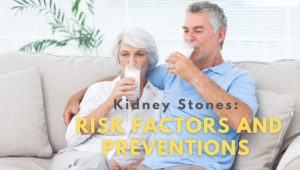 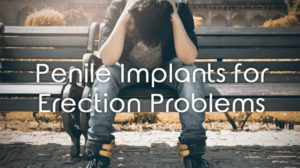