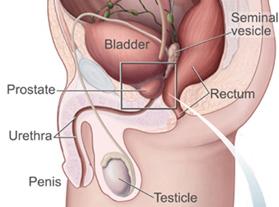 Researchers are still trying to understand prostate cancer because there is currently no conclusive finding regarding its cause. In fact, there has also been a lot of research aimed at finding better treatment for prostate cancer. However, the key players in the medical field tend to agree on some factors that cause this ailment and this article tries to look at some of those causes. It is also important to note that research is still ongoing and hopefully that new discoveries will emerge, some of which will add to the already documented causes while others may disprove some of the causes of prostate cancer that will be stated here.

There has been sufficient medical evidence that links prostate cancer and poor eating habits. An article published by Cancer Prevention Research in October 2011 revealed that men who took fish oil supplements and low fat diet for four to six weeks before undergoing treatment for prostate cancer (surgery) showed slowed prostate growth than those who maintained fatty western diets. Other studies show that consumption of Mediterranean diets as well as soy, selenium and green tea helps in the reduction of prostate cancer. This means that maintaining a healthy lifestyle is also important in prevention of prostate cancer. It has been found that people who do yoga, exercise regularly as well as eat healthy foods are less likely to get prostate cancer than those who do not.