How Is Prostate Cancer Diagnosed

The prostate gland is the part of the male reproductive system that produces seminal fluid. Prostate cancer is the type of cancer that affects this organ. It is the most common cancer in men, with men over the age of 50 being at the greatest risk. It usually does not manifest symptoms in its initial stages. This is unfortunate because it means prostate cancer may not be detected until it is more advanced. Even when it does present symptoms, they might resemble other conditions such as an enlarged prostate. For this reason, before one concludes that they have prostate cancer, it is necessary that they first undergo the specific tests geared toward detecting it.

There are two preliminary tests for prostate cancer. These are:

1. PSA Test. This tests for an antigen produced by and specific to the prostate. It is normal for the antigen to occur in small quantities. An unusually high level of PSA, however, may indicate the presence of prostate cancer or some other inflammation of the prostate. 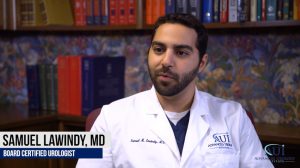 2. Digital Rectal Exam. This is very commonly used in prostate screening exercises. The doctor inserts a finger into the rectum and physically examines the prostate. If the doctor detects something unusual in the shape, mass or texture of the prostate, then there may be further tests to determine what the problem is.

The two tests are not conclusive. They simply inform the urologist that something might be wrong and that the patient needs further examination. In order to test for cancer of the prostate specifically, the following procedures may be done after either of the initial tests.

A. A biopsy. A prostate cancer biopsy involves the use of a very fine needle inserted through the rectum to collect tissue from the prostate. The tissue is then tested for cancer.

B. Transrectal ultrasound. The doctor inserts a small probe in the rectum. The probe produces high frequency sounds that bounce off the prostate, producing an image of the prostate that can be projected on a screen and observed in greater detail.

C. MRI Fusion biopsy. This combines an MRI and the transrectal ultrasound to produce a clearer image of the prostate. It gives a better view of the part of the prostate that is affected. If a biopsy is to be performed later, it provides a picture of the precise area where tissue should be tested.

Early detection of prostate cancer improves the chances of successful treatment. It is important for men starting about age 50 to have regular screenings so that any cancer can be detected early. Seek out experienced and certified urologists, such as those on staff at the Advanced Urology Institute, to discuss any concerns and set up screening tests. Such examinations should be a regular part of a man’s health care.
For more information, visit the Advanced Urology Institute website. 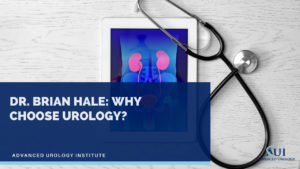 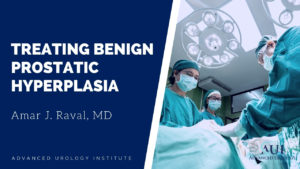 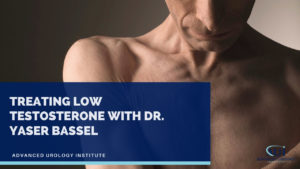