Symptoms and Types of Prostate Enlargement 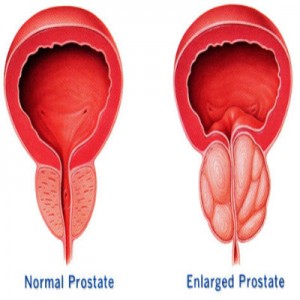 While there are no definite causes and risk factors related to prostate enlargement in men, a number of explanations have been stipulated for the occurrence of the condition also known as BPH (Benign Prostatic Hyperplasia). For instance, it is known that BPH occurs in older men, especially above age 60, but never in those men who have undergone testes removal before they reach puberty. Therefore, varipeous types of prostate enlargement are believed to be related to the testes and the aging process.

Urologists also believe that BPH results from the presence of greater amounts of estrogen in older males, which usually causes greater prostate gland activity and heightened cell growth. Further, urologists believe that various types of prostate enlargement result from the loss of ability of aging males to produce di-hydrotestosterone (DHT), a hormone which helps to control the growth of the gland.

Acute Urinary Retention is a form of prostate enlargement that is often caused by over-the-counter medicines and certain allergy medications. Such drugs contain the decongestant drug sympathomimetic, which prevents the opening of the bladder from relaxing and emptying urine. Partial prostate enlargement can result from cold temperatures, alcohol, or longer durations of immobility.

What are the symptoms of BPH? Most of the symptoms of the condition are associated with the increased urethra obstruction and the gradual loss of functional efficiency of the bladder. The symptoms vary from person to person, but the common ones are usually an interrupted, hesitant and weak stream of urine, increased frequency of urination, and dribbling or leaking. The severity of symptoms and the obstruction is not usually related to the size of the prostate, and some men will experience few symptoms and little obstruction while others will experience greater problems and massive blockage. In fact, some men do not realize that they have the condition until they are completely unable to urinate.

It is important to visit a urologist as soon as you experience urinary tract problems. While 8 out of every 10 such problems typically indicate BPH, other more severe disorders such as prostate cancer, bladder stones, kidney damage or incontinence may also be indicated. Consult the Advanced Urology Specilists experts in Oxford for help with BPH and urinary tract disorders.