Treatment and Care for Kidney Cancer 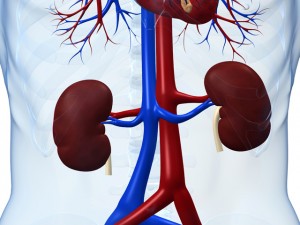 Kidney cancer care is managed at the Advanced Urology Institute clinic by a team of doctors and medical staff working collaboratively to develop treatment plans for patients in what is called a multidisciplinary team approach. The doctors make their decisions according to the stage and type of cancer, overall health of the patient, probable side effects, and the preferences of the patient. Urologists at Advanced Urology Institute prefer to speak openly and frankly with patients about various treatment options before allowing the patients to make a final decision. Generally, though, the therapeutic options for kidney cancer are surgery, immunotherapy, and targeted therapy, with immunotherapy and radiation therapy used only occasionally.

When a patient is diagnosed with kidney cancer, urologists will first make inferences as to the size, nature and rate of growth of the cancer. When it is found to be small and growing slowly, they may recommend active surveillance (watchful waiting). During this period, the patient is monitored very closely and treatment is withheld until it is evident that the cancer is worsening. Surgery is typically the first choice in cases where kidney cancer is found to be spreading rapidly. Both the tumor and affected tissue in the surrounding area are removed to prevent any further spread. Urologists are trained in the surgical treatment of kidney cancer. Surgical techniques commonly used include radical nephrectomy, partial nephrectomy, robotic and laparoscopic surgery, radiofrequency ablation and cryoablation.

Targeted therapy refers to blocking the growth and spread of kidney cancer by targeting specific proteins, genes and the kidney environment where cancerous cells grow and thrive. Various drugs and molecular treatment procedures are used to limit further damage to unaffected cells. For example anti-angiogenesis is a kind of targeted therapy aimed at stopping angiogenesis (generation of new blood cells) hence starving the tumor, which relies on blood vessels for nutrition. Common anti-angiogenic drugs used to cure kidney cancer include sunitinib (Sutent), sorafenib (Nexavar), pazopanib (Votrient), which are inhibitors of tyrosine kinase (TK), and bevacizumab (Avastin), everolimus (Afinitor), and Temsirolimus (Torisel), which slow the growth of the tumor.

Immunotherapy (biologic therapy) is prescribed in an effort to activate the natural defenses of the body. Drugs such as Interleukin-2 (IL-2), High-dose IL-2, and Alpha-interferon are used in immunotherapy to boost the body’s immunity, increase survival, and to boost the effectiveness of other treatment approaches used.

When necessary, urologists may work with radiation oncologists to ensure that cancer cells are targeted using high-energy radiation or particles. However, radiation is never considered for primary treatment and is rarely used because the high energy radiations can also cause serious damage to the healthy portions of the patient’s kidney. Chemotherapy, whether systemic or otherwise, refers to the use of drugs to destroy or stop the growth of cancer cells. Patients may be given single or combined doses of drugs according to chemotherapy regimens. Some drugs that are used to treat kidney cancer are gemcitabine (Gemzar), capecitabine (Xeloda), and fluorouracil (5-FU, Adrucil). However, due to the increased resistance of kidney cancer to many drugs, chemotherapy is rarely considered by urologists.

While treatment interventions may cure kidney cancer, recovery is not always certain. Even though kidney cancer patients have among the highest survival rates of all cancer patients, the survival rate is not 100%. In some cases, the physician will have to declare that the cancer is terminal or advanced. This is the most stressful and difficult diagnosis for patients and many opt not to discuss it. However, the urologists at Advanced Urology Institute will make effort to ensure that the patient is informed, free of pain, and receives the requisite care and support during their remaining days. They will recommend the best hospice care for the patient and ensure that the right equipment and nursing care are available. For more information on the treatment of kidney cancer, call or visit Advanced Urology Institute.