Vasectomy as a Form of Contraception 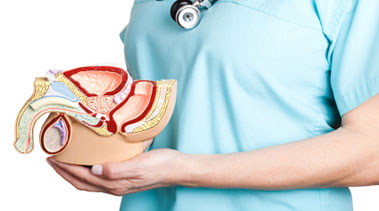 Vasectomy is a permanent method of contraception for the male reproductive system. It involves the surgical cutting and blocking of tubes located in the groin (vas) in order to prevent the movement of sperm from the testicles to the penis. It is an effective and safe birth control option. The chance of conception from sex with a man who has undergone the procedure is only one in 1,000. Even though the procedure is a routine operation in many surgical clinics around the globe, it is not widespread. In the United States, only about 500,000 vasectomy operations are performed annually.

While myths to the contrary might account for the low numbers of men who undergo vasectomies, the procedure never interferes with a man’s sexual desire, nor does it hinder his ability to reach orgasm. Essentially, vasectomy does not affect the production of male hormones inside the testicles and there is no evidence linking it to heart disease and prostate cancer as was previously feared. After vasectomy, existing sperms do not reach the penis but are instead reabsorbed in the body with no harmful effects.

The surgical operation is performed under local anesthesia, but some men prefer the use of generalized anesthesia. The surgeons at Advanced Urology Institute will usually explore anesthesia options with patients before the operation. Once anesthesia has been administered, the testicles are shaved clean before the surgeon makes small incisions on the sides of the scrotum. Next, the surgeon loops out each of the vas deferens.

Most men who opt for the procedure do not expect to be in situations requiring a vasectomy reversal in the future. Usually, they have achieved their desired family size and have decided against entering into relationships that involve fathering additional children. However, it is wise for a man to consult widely with surgeons, partner and psychologists before the procedure to determine if they are ready for it.

Technically, a vasectomy reversal is possible, but the chances of success usually depend on how the operation was performed and the time lapse since the procedure was conducted. The chances of having properly functioning sperm decreases with time after a vasectomy. Urologists at Advanced Urology Institute usually recommend that men make deposits of their sperm in a sperm bank before the operation. For more information about vasectomy as a birth control option, call or visit Advanced Urology Institute today.