There are several treatment options available for erectile dysfunction (ED), and the right one for an individual depends on the cause of the ED, age, health and lifestyle of the patient. In most cases, the use of oral medications such as Cialis, Viagra or Levitra is the recommended first option. Then, depending on the effectiveness and tolerance of the medication, other treatments may be tried. For example, microvascular surgery is recommended for patients with blood vessel leakage or blockage, while penile prosthesis is one effective alternative for those who fail to respond to non-surgical therapy or are not candidates for surgery.
Here is a look at 5 effective treatment options for erectile dysfunction:

Phosphodiesterase-5 (PDE-5) inhibitors, such as sildenafil (Viagra), tadalafil (Cialis), vardenafil (Levitra) and avanafil (Spedra), are some of the most widely used and highly effective medications for treating erectile dysfunction. The pills work by temporarily boosting the flow of blood to the penis. Sildenafil, sold as Viagra by Pfizer, is the most commonly prescribed pharmacological medicine for ED. Though it is available in different forms, Viagra takes 30-60 minutes to show effect and has a 4-hour duration. The drug only boosts blood flow to the penis and therefore sexual arousal and stimulation are necessary in order to have and maintain an erection. Tadalafil (Cialis) has effects lasting longer (up to 36 hours depending on the dose taken) and takes effect sooner (15-30 minutes). Tadalafil is also more selective in action and does not show the side effects of sildenafil and vardenafil. Avanafil (Spedra) and vardenafil (Levitra) show similar mechanism of action as sildenafil (Viagra) and only differ in duration of onset and length of effect.

The use of a medicated urethral system for erection (MUSE) is considered when oral pills are not effective. The treatment involves placing a small medicated suppository in the penile urethra without using needles so that the suppository is absorbed to help produce an erection. The main advantage of this treatment option is that the suppository is applied locally by the patient or his partner, and has very few side effects. After the suppository is inserted into the urethra, sexual stimulation is necessary for increased blood flow to the penis. Patients opting for MUSE should have the first suppository application done in the urologist’s office to prevent potential complications such as decreased blood pressure, urethral bleeding, and continued and prolonged erections.

The urologist may recommend penile injections when oral medications prove ineffective. And even though the idea of injecting the penis may be quite unappealing, the effectiveness and ease of injections make this a worthwhile option to consider. Apart from Caverject and Edex that have been prescribed by urologists for a while, other commonly injected medications are papaverine, phentolamine and alprosdid. Often, urologists recommend a blend of two or three medications for use in the injections. The blend, called a Trimix, ensures a synergistic effect of three medications, keeps the dose of every drug low to prevent adverse effects, and delivers a response rate of up to 90%.

Vacuum devices are recommended for patients who have only partial erections and find other treatments ineffective or intolerable. A vacuum device is made of a plastic cylinder connected to a pump and a constriction ring. Using a battery power or manual pressure to create suction around the penis in order to bring blood into it, a vacuum pump causes an erection which is maintained by a tourniquet of sorts that is placed around the base of the penis and an elastic rind which stops additional blood from flowing out of the engorged penis. Vacuum pumps are a relatively inexpensive, safe and easy to use treatment option for erectile dysfunction with minimal side effects. Erections induced using pumps generally last for about 30 minutes.

Surgery is considered as the last resort when all other treatment options fail. However, it may be the best option for young men seriously injured in their pelvic area (such as in a car accident) and men with significant anatomical problems with their penis. A penile prosthesis is an effective and more invasive option in which either a semi-rigid or inflatable implant is placed on the penis through surgery. The use of penile prosthesis has been proven to offer up to 85% patient-partner satisfaction rate. Penile vascular (venous or arterial) surgery is recommended for young men who have erectile dysfunction due to congenital or traumatic leakage of the penis. Penile venous surgery is performed to boost the trapping of blood in the penis, boosting a man’s capacity to get and maintain erections. On the other hand, penile arterial surgery creates a path of blood flow to the penis by correcting/bypassing blocked arteries.

For more information on effective treatments of erectile dysfunction, visit the Advanced Urology Institute website or make an appointment with a urologist today. 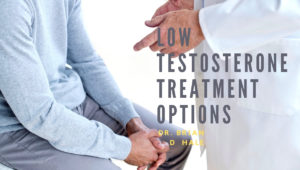 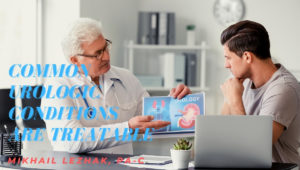 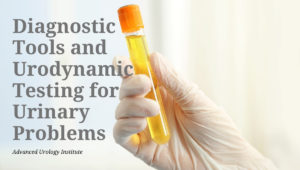