On the other hand, radiation therapy, also known as radiotherapy, is used in the treatment of almost all cancers, including prostate cancer. It involves the use of high doses of radiation to kill cancer cells or to slow their development by destroying their DNA. For radiation therapy to work effectively, it needs to be applied consistently over a period of time.

The main advantage of radical prostatectomy is that it is arguably a one time procedure. It takes just a few hours to completely remove the affected prostate and the patient is likely to recover fully, albeit gradually and with the monitoring of a urologist. The main disadvantage is that it is appropriate only where the cancer has not spread to other organs outside the prostate. If it has spread, then removing the prostate and leaving behind other affected organs will have no effect at all. In cases where the cancer has spread, radiation therapy may be the more reasonable choice.

Other factors that urologists and surgeons consider before suggesting either procedure include:

1. Age of the patient — Radical prostatectomy is offered mostly to men under 70 years of age because they are more likely to live longer and be able to survive any long term effects of the disease.

2. The natural progression of the disease — Slow progression of a non-aggressive tumor does not lend itself to surgery. This is a case that can be managed by what is called watchful waiting where the disease is monitored constantly but treatment is deferred for a while.

3. The possibility of cure — The goal of radical prostatectomy is to cure the patient of prostate cancer. If for whatever reason it appears that it is unlikely that this objective will be achieved, then radiation therapy or other forms of treatment should be preferred.

It is important to choose the treatment option that works for your body. In order to make the right choice, make a point of consulting a qualified urologist. Reading material on the subject should also be helpful, and sites such as the one operated by the Advanced Urology Institute should be a good place to start.
For more information, visit the Advanced Urology Institute website. 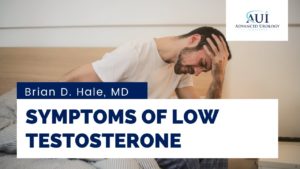 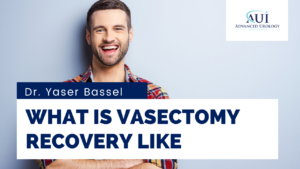 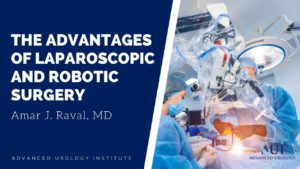